We are New York’s full-service pop up team delivering both all-white pop up-ready spaces, as well as elegant finished event spaces for all your event needs. Openhouse has more than 20 years of real estate experience and we’ve made our locations perfect for product launches, press previews, art exhibits, private parties, photo shoots, fashion shows, pop ups and any other build out you can imagine. Each space also comes with onsite management, a media team, natural foot traffic and an audience of more than 20,000 fans. Explore our spaces below. 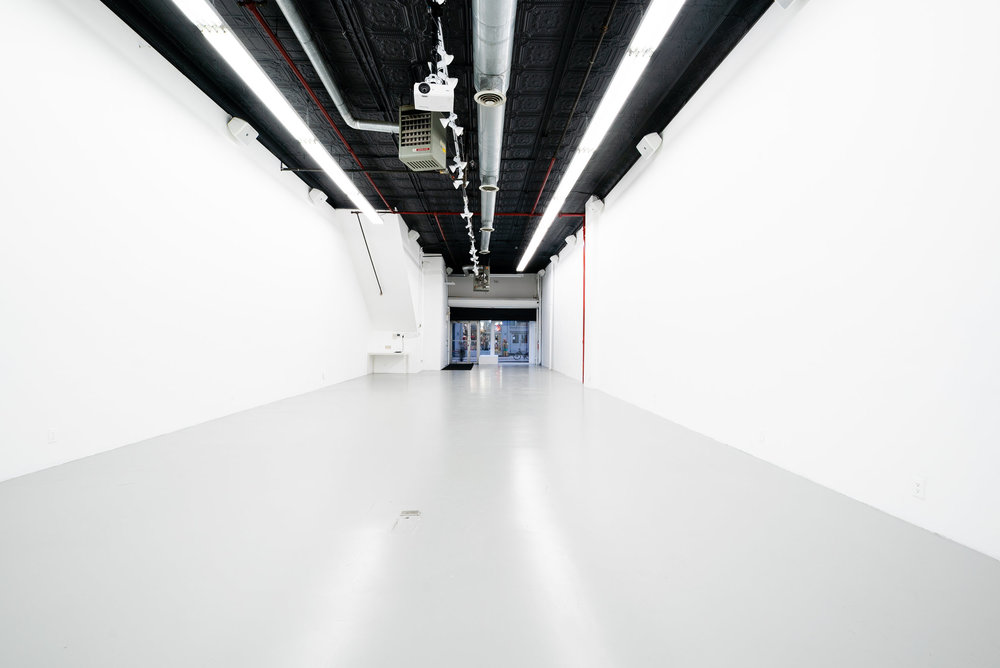 A beautiful white box space on Broadway with an ultra-clean gallery finish. 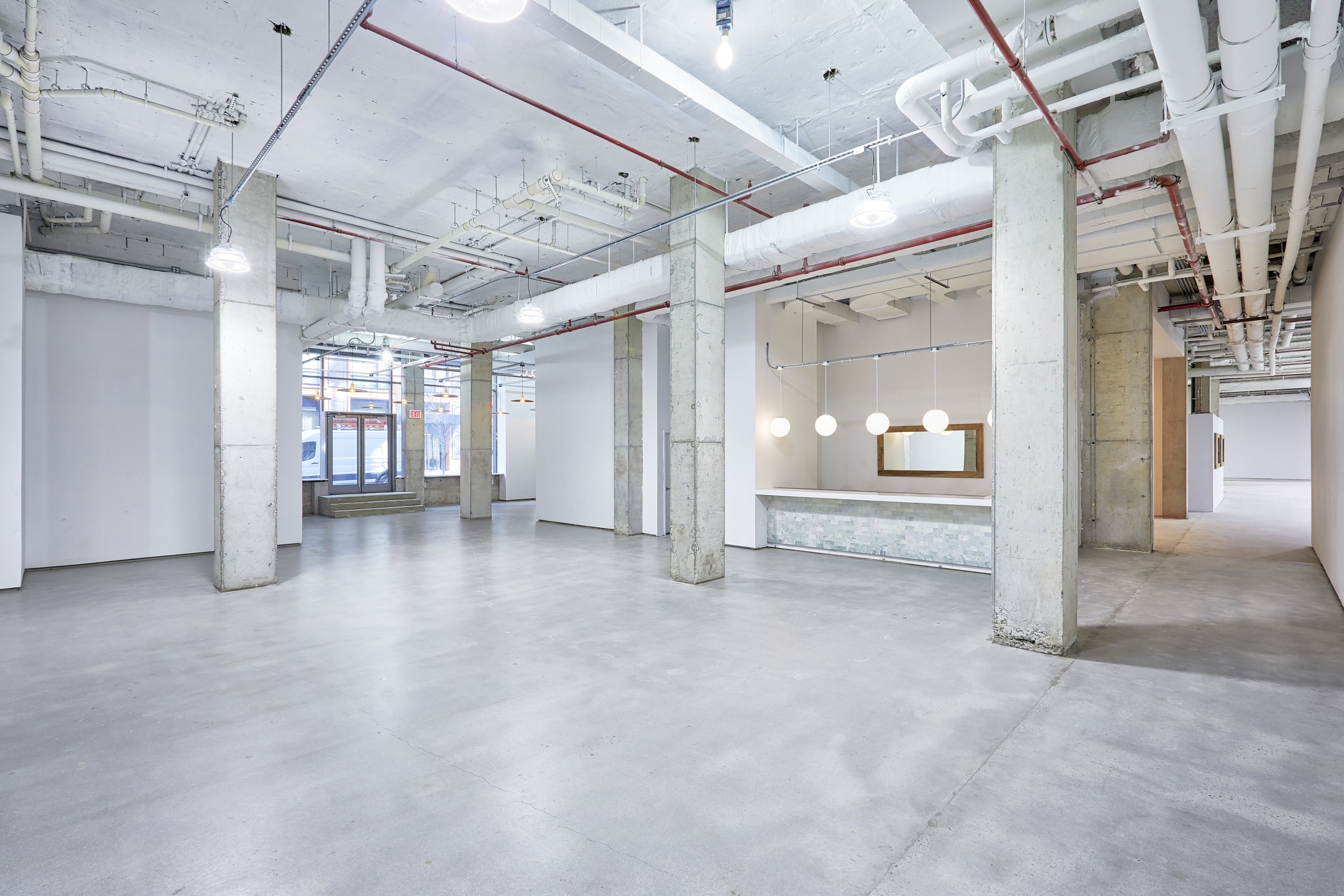 Between Chelsea and Hudson Yards this vast space offers you the ability to create a 360 degree experience for your event. In the heart of Union Square lies one of the premier event spaces in all of Manhattan.

Beautiful white-box event or retail space located in a prime area of Chelsea. 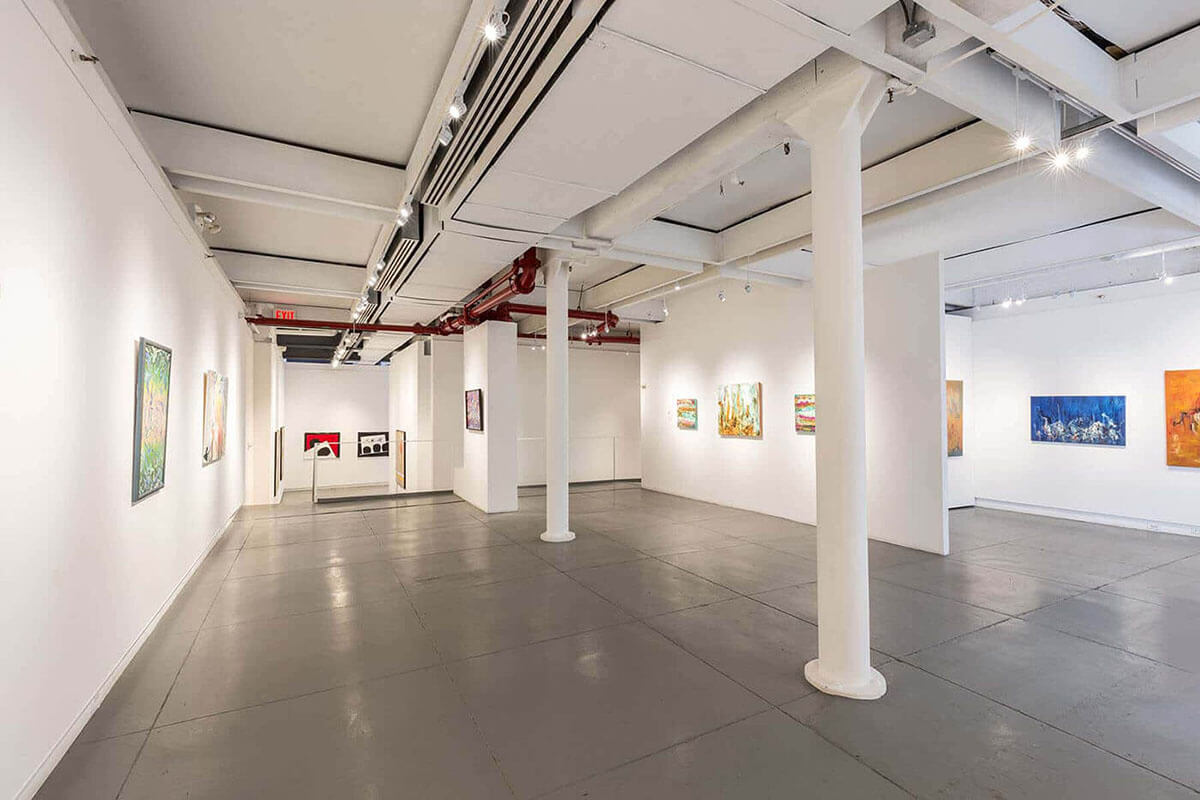 Modern Gallery with glass frontage and 13' - 18' ceilings in Chelsea. 7,000 SF spread over 2 floors with incredible views of Manhattan and the Hudson River. 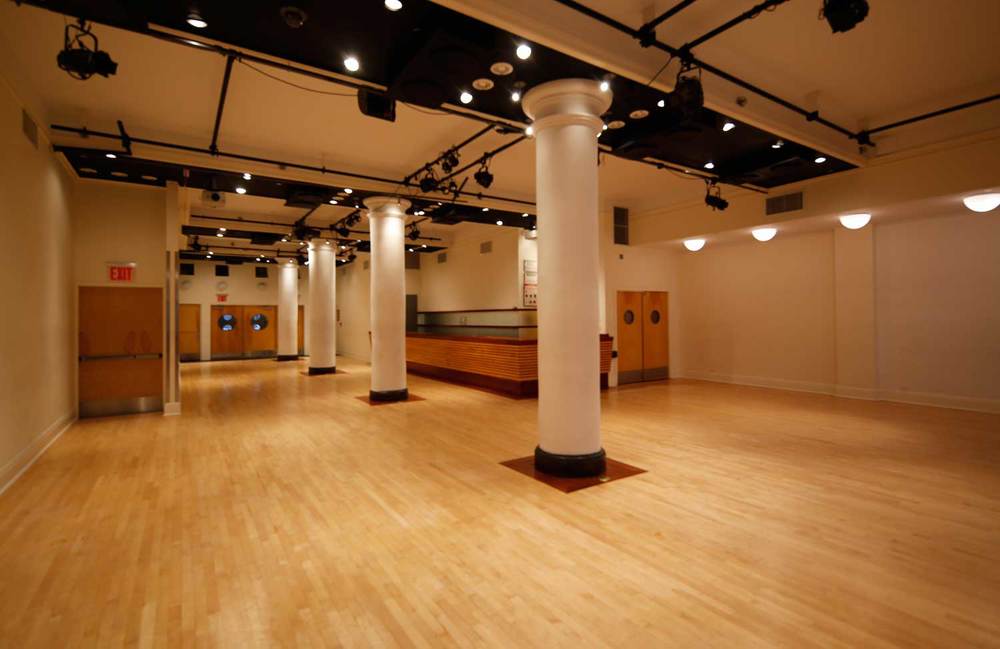 The original Openhouse Gallery - 201 Mulberry accommodates events of all types. Located in Nolita, 168 Bowery is a unique event space rich in history and character. 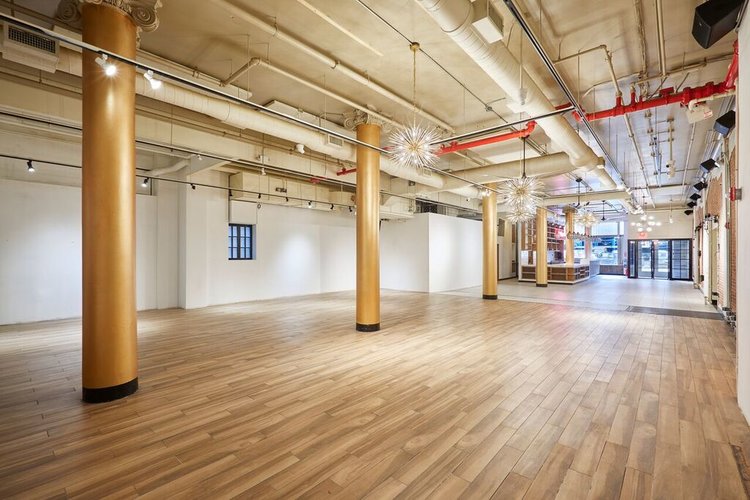 A beautiful and unique event space located in the heart of Union Square. One of the premier venues in the city, the Estate Room is a gorgeous setting for your event. This venue comes with a unique and relaxing vibe. Can be activated with The Estate Room and The Copper Room.

A versatile event space with a prime West Village location. A beautiful white box space in Chelsea with stunning views. 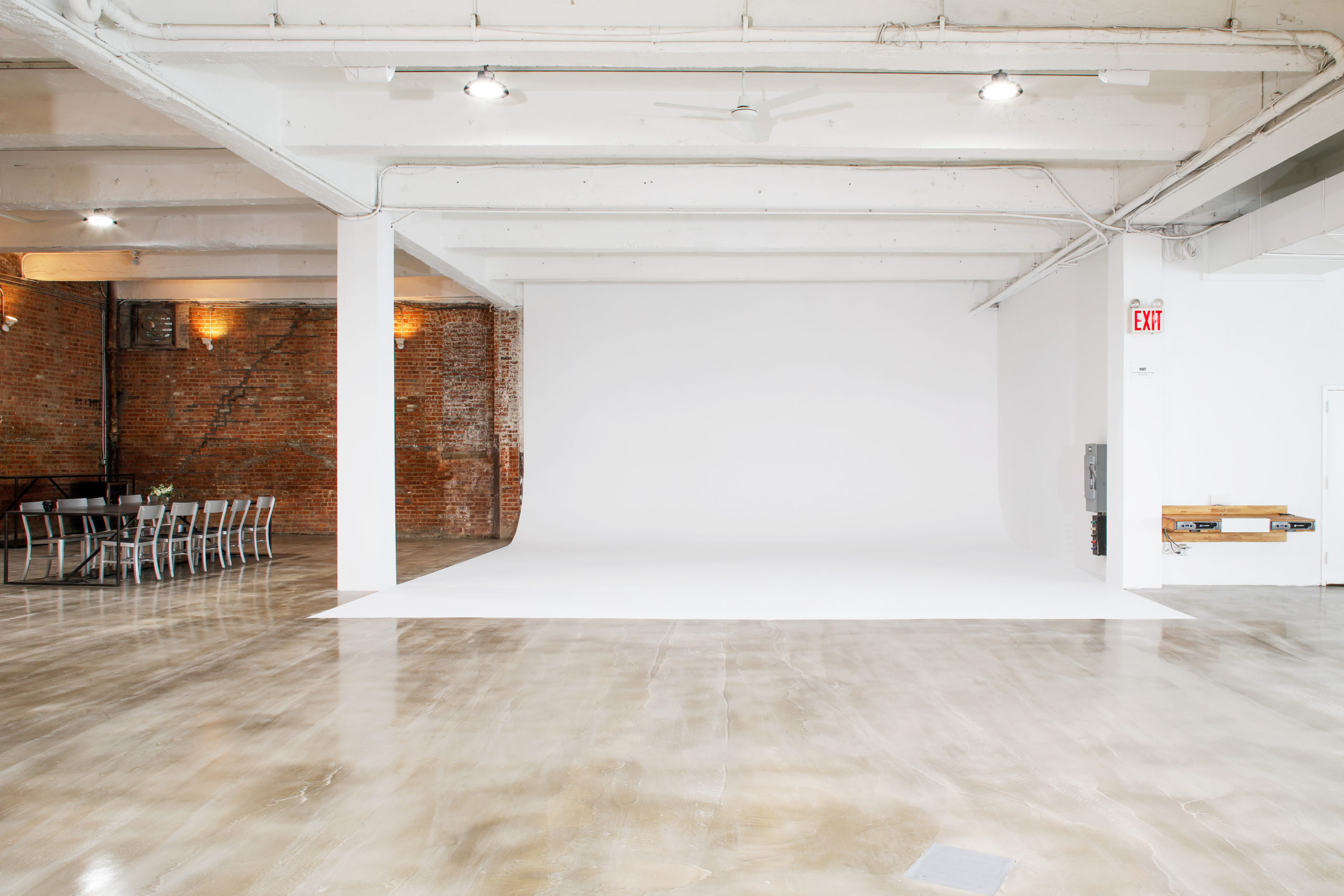 Beautiful Chelsea Photo Studio that can be used for all types of events.

DON'T SEE WHAT YOU'RE LOOKING FOR?

We partner with over 150 event spaces, as well as a number of caterers, audio visual services, event planners, producers, fabrication companies and more. We will connect you with people that can help make your event a success without any additional fees - and in most cases we can get you the best rates from these providers.

New York’s first pop-up location: Openhouse is the original New York pop-up location because we believe in collaboration and co-creation. Real estate without vibrant tenants is the rust belt. An event without audience involvement is a bunch of mean-muggers. A brand without emotional attachment is unrequited love. Openhouse’s pop up space is geared to maximize participation so that our fans remember spending quality time with your brand. It’s the beautiful win-win of having our own pop-up location – and we’d like to share this pop-up space with you. Pop ups are not a trend. They’re not even trendy. Pop ups are a classic blend of advertising, experiential marketing and social engagement. Bring your audience a once-in-a-lifetime experience, wrap them in branded info, let them meet the people behind the product. That’s unmatched community engagement, and Openhouse is your permanent ally. Want to be the highlight of a New Yorker’s day? Build her a beautiful pop up. Need to coax influential magazine journalists out of their cubicles? Invite them to an intimate pop up parlor. Interested in driving immediate product sales? Openhouse is your vehicle for breathtaking pop-up stores that blow old-school retail’s dusty shelves off their rusty hinges. See how Sephora turned Openhouse into a beautiful New York pop-up lounge. Or how JC Penney invited stylish New Yorkers to preview their upcoming fashion lines.

We know locals can be blase about New York events, but they don’t ignore an Openhouse pop up. For instance, we teamed up with Quiksilver to create 201 Mulberry Skate Park, an eight-day pop-up space. Suddenly, in the heart of Nolita, New Yorkers were riding a skate ramp built by professionals. We worked out the legal codes, the waivers, the spatial reasoning; Quiksilver got the ramp built and fans got free rides from morning till evening. The pop-up location included a pop-up retail space to sell boarding gear, a late-night art show and a skate competition with great Apple prizes. Talk about a New York pop up! There it was for a week, and then it was gone like Keyser Soze down Mulberry Street with a slight limp from ramp burn. The memories, the branded pictures, the original video series remain.

Another Openhouse original pop up was our 2010 World Cup experience. This New York pop-up location had stadium seating for 70 fans, a cantina, concession stand, training ground with NY Red Bulls players who provided individual soccer instruction and a pop-up retail space. For more than a month, 201 Mulberry was the home to crazed (in a good way) fans sporting jerseys of every color. That was the goal.

Since 2007, Openhouse has been hosting and producing pop ups – those fleeting influential NYC events that come and go like reality show celebrities. Openhouse stays, though, right there on 201 Mulberry between Spring and Kenmare in the heart of Soho’s Nolita neighborhood. We’re the first New York City event space to consistently roll out pop up events, and we’ve had the opportunity to work with a diverse client list. From Clinique to Converse, Mercedes to Microsoft, Piaget to Pepsi, Ford Models to Salvatore Ferragamo, brands trust Openhouse to connect with a desirable audience. Google, Microsoft, Saatchi + Saatchi, Urban Daddy – whatever the brand, we’re connecting them with their target audience.

Event spaces in New York are a dime a dozen, so Openhouse takes New York event spaces to the next level. We create Manhattan event and pop-up concepts like Big Cheesy, Park Here, 201 Mulberry and Play Beautiful. We offer you professional photographers to capture the night. We leverage our 15,000 fans to get people there, through social media and newsletters. We get press from the finest journalists in town.

Plus, we have a fantastic event space at 201 Mulberry Street. Openhouse’s NYC location has 4,850 square feet of pristine, divisible all-white space with five skylights that flood the rooms with natural light. We’re located on street level – booyah! – and the heavy foot traffic that passes by each day can’t help but look through our 20-foot glass facade into your beautifully curated space. Openhouse is a tall drink of water, too, with 16-foot-ceilngs that allow for creative New York City event installations. No Manhattan art gallery installation is too tall! Our track lighting means no more fumbling with trusses, gobos and sandbags. Our curb-cut sidewalk means you can drive a car (like Mercedes did) or a fleet of king-sized beds right through Openhouse’s front door.